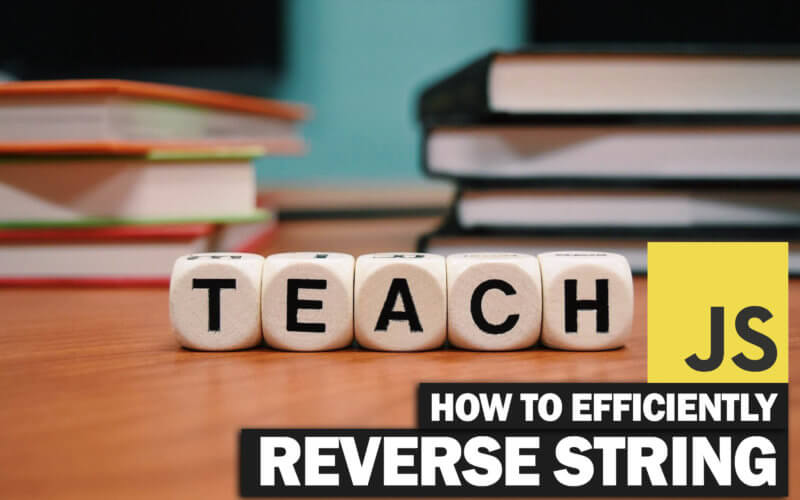 There are several potential use cases for reversing a string in JavaScript. For examples, you might need to reverse a string as part of a CSV file processing or extracting data from a JSON object.

The latter one is the most popular method to reverse the string. However, read further if you want a more efficient method. In case performance is critical in your string processing application.

The Faster and More Efficient Way

The two approaches I provided should both have good performance for reversing strings of reasonable length. However, if you need to reverse a very long string and you’re concerned about performance, you can use the Array.prototype.reduce() method instead of a loop to improve performance. Here’s an example.

This approach is similar to the for loop approach, but it uses the reduce() method to iterate through the characters in the string and build the reversed string. The reduce() method is generally faster than a for loop, especially for long arrays.

Keep in mind that in most cases, the performance difference between these approaches will be minimal, and the simplicity and readability of the code should be the main considerations when choosing an approach for reversing a string.