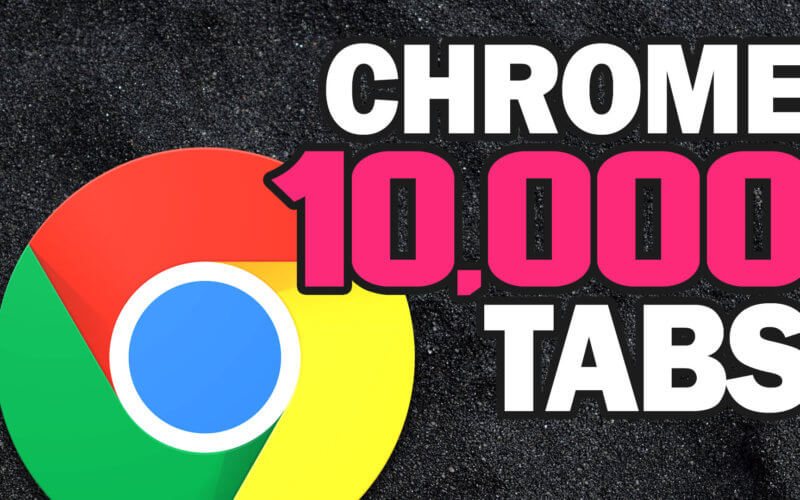 On average, people usually open around 10-20 tabs on their browser. The most I have seen is closed to hundred and Chrome is still working fine. So I have been wondering for while that what is the maximum number of tabs we can open in Chrome. So today, I decided to test it.

First, I write a batch script loop to start a new blank tab on chrome for specific times and display the tab count. Then we’ll keep increasing the number until Chrome has crashed. And while the script is running, I’ll use task manager to monitor the CPU and Memory usage.

I choose to open a blank tab for the following reasons.

And we’re all set! Let’s proceed! BTW, you can see the live test in this video to see what happened.

For the first attempt, let’s start with 1000 tabs. 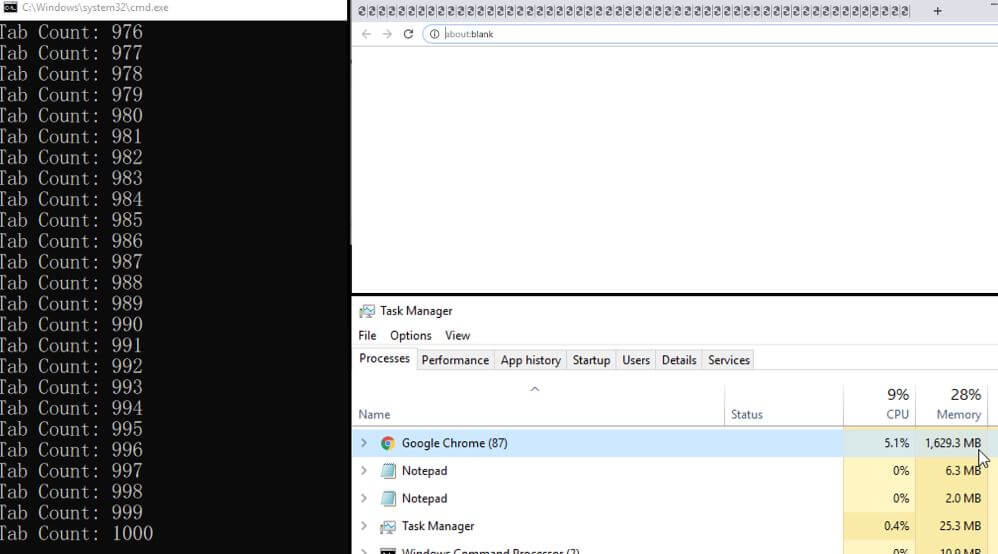 It appears that 1000 tabs doesn’t have any effect on Chrome. Since they are empty tabs, only sixteen hundreds megabytes of RAM were used. Chrome itself is still working and responsive.

So let’s increase the number and run the test again. 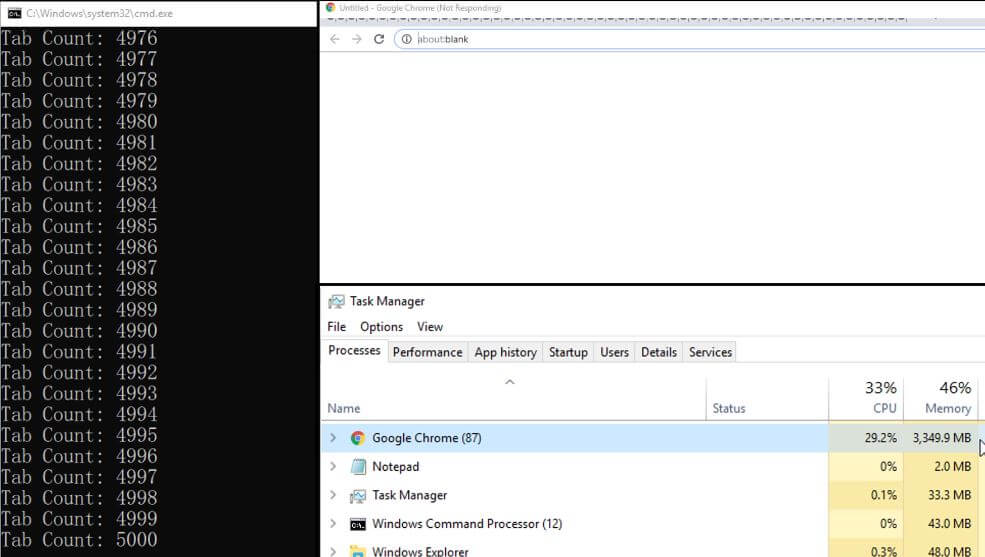 Now I start to see the new tab is getting opened slower when the total number of tabs is above 1000. And after reached 2000, the speed is significantly dropped and we started to see Chrome window freezed sometimes.

Still, when the script ended, It’s still working with around 3 gigs of RAM being used. 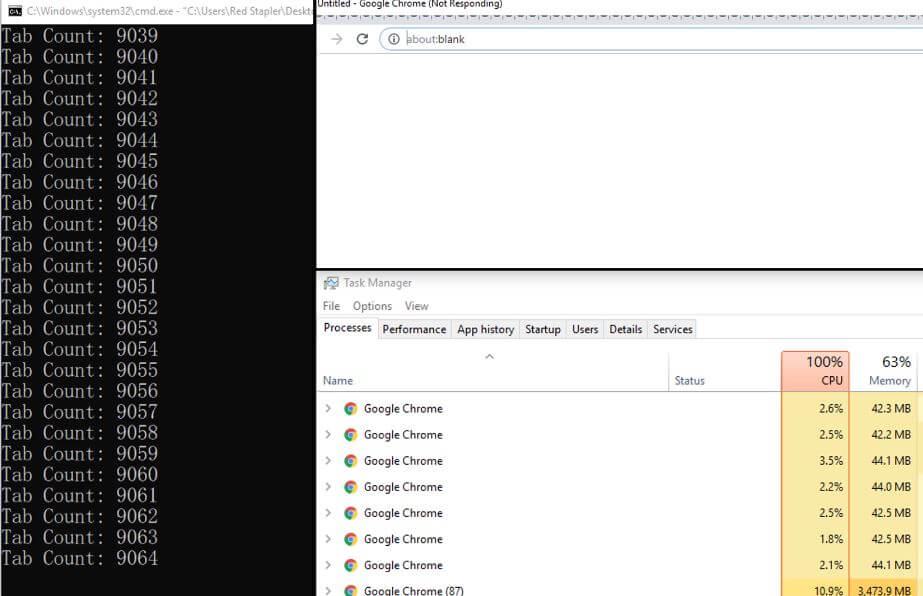 Right after I started the script, Chrome window freezed all the time. The new tabs keep getting slower and slower to open. But the strange thing is even the CPU usage is at 100%, I notice that beyond 5000 tabs, the memory usage for the new tabs is really minimal.

And finally Now at around 9000 tabs. Chrome is finally crashed and I have to terminate the script.

So 9000 tabs is the maximum number for this test. I checked my result with others and apparently many people with 8-16GB RAM got around 8000-9000 tabs too.

And that’s it for this test. Hope you guys enjoy. If you love to see more development tips and tutorial videos, please subscribe to our channel for weekly video. Thanks for keep reading til the end 🙂